Emmanuel Smith, a ITV's the Voice 2019 Contestant, is a prolific minister of the gospel. He is highly proficient in taking the people of God into the throne room through the act of worship and praise, also preaching the undiluted word of God! His greatest desire is to save souls which is the mandate given to us. He has availed himself to be used as a prophet, and a soldier in the army of Christ particularly within our generation. Minister Emmanuel believes there is no better time to promote the gospel of Christ than now, and with everything given opportunity to proclaim the name of Christ, he uses it to the best of his ability!
Minister Emmanuel has been privileged to grace the stage with other minstrels of the gospel such as, Jermaine Dolly, Uche Agu, Bishop Jason Nelson, Muyiwa, Jason Porter, Natasha Campbell and many more. 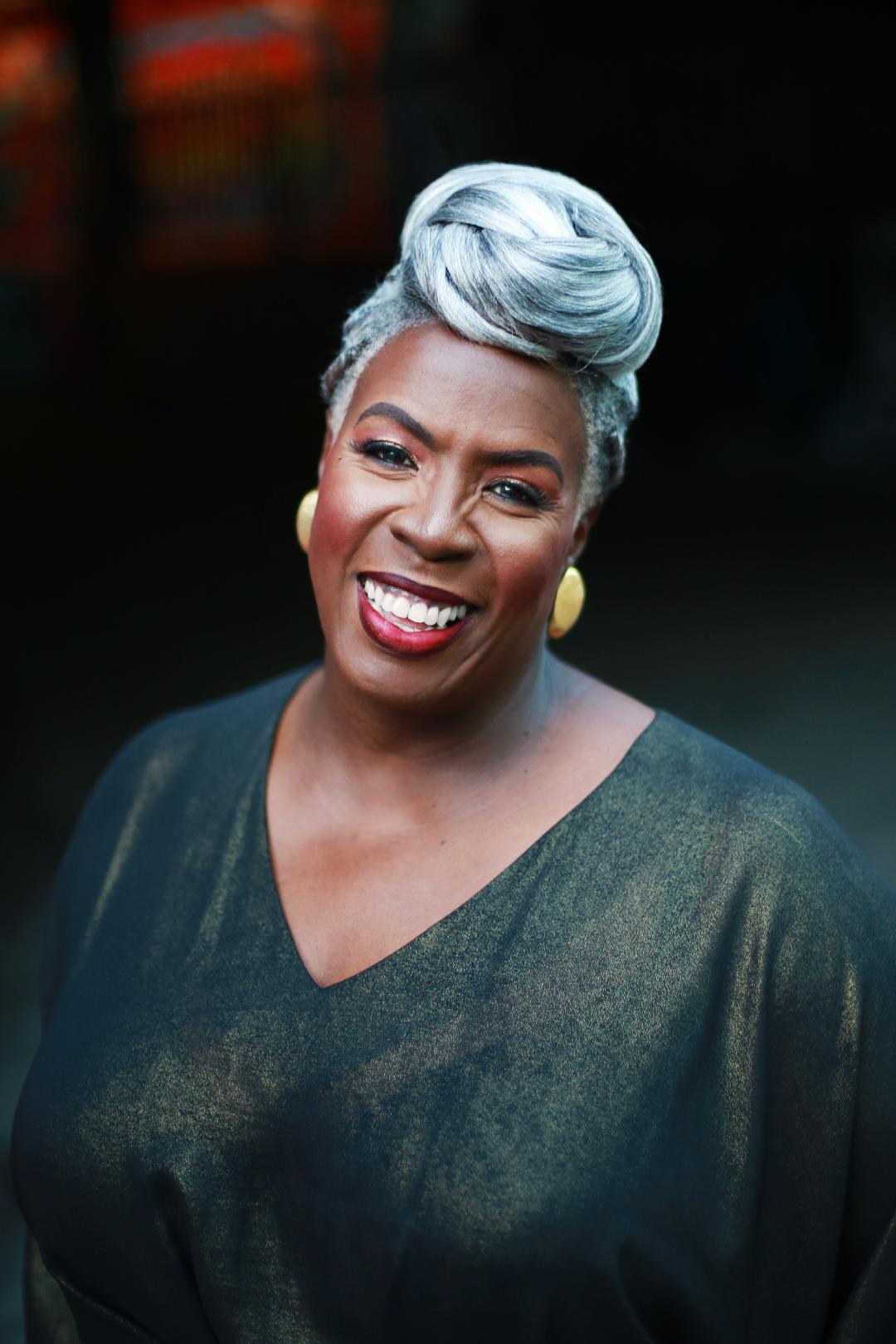 Karen Gibson is an award-winning gospel choir conductor who has conducted some of the most prestigious, large-scale choirs across the UK. The high standard of her work has taken her across Europe and further – Japan, Rwanda, Nigeria, Guyana, and the USA. Karen’s choirs are regular finalists or winners of choir competitions, including BBC Songs of Praise Gospel Choir of The Year. After eleven years working in IT and a further seven years in teaching, the positive impact of gospel music has led to Karen’s current vocation. The Kingdom Choir is one of her many choirs that have spread the joy of the genre. 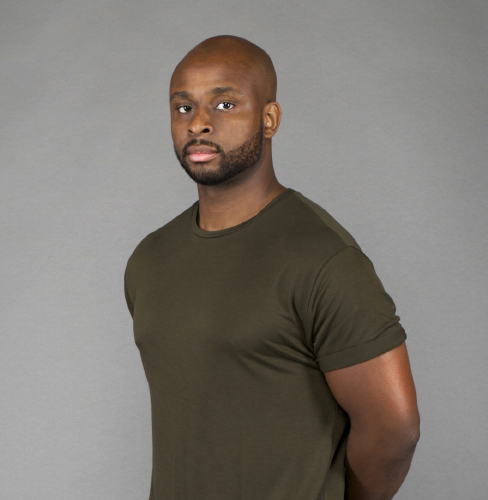 Ayo Oyerinde is a very accomplished individual who at such a young age has 15 years experience in the music business with a CV as long as his arm working with artists over the years in many different capacities from music directing and choir directing to producing. Artists such as David Sneddon, Sinead Quinn, Lulu, Paul Carrack, Westlife, Lemar, Jamelia and many more.

In the most recent years touring extensively with artists such as Duffy and Tinie Tempah.

Also running his own Record label Ayce has released his own soulful has music to critical acclaim and also is releasing shortly the debut album from the first artist signed to the label in early 2013. 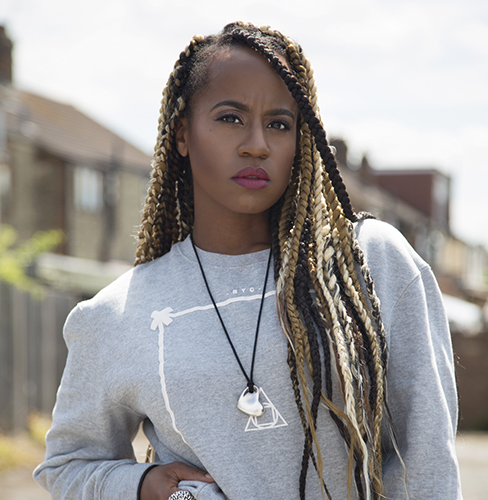 With more than thirteen years experience behind her, Stephanie has provided backing vocals for some of the world’s leading artists

from Celine Dion and Will Young to Pixie Lott, Tulisa, Blur, Florence and The Machine and Kasabian. Live she has toured extensively with Daniel Bedingfield and his chart-topping sister Natasha Bedingfield, Lemar, Jamelia, Westlife, Mcfly and can be seen as the sole female vocalist on the critically-acclaimed ‘Live in Moscow’ DVD for dance outfit Faithless. Indubitably, Stephanie’s work is proving to be as diverse as her vocal ability, which unites the Pentecostal fervour of her childhood with the lyrical phrasing of Sade and jazzy intonation of Anita Baker, both of whom she touts as early influences.

Having directed the London Community Gospel Choir for many years Stephanie unites her passion for Gospel music and its arrangement and her vast experience in the mainstream music market to create a sound unique only to herself. 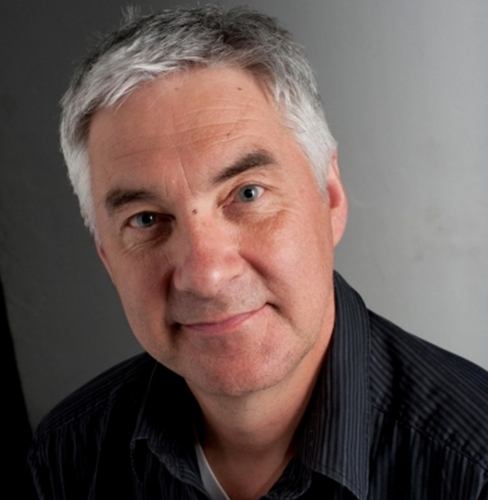 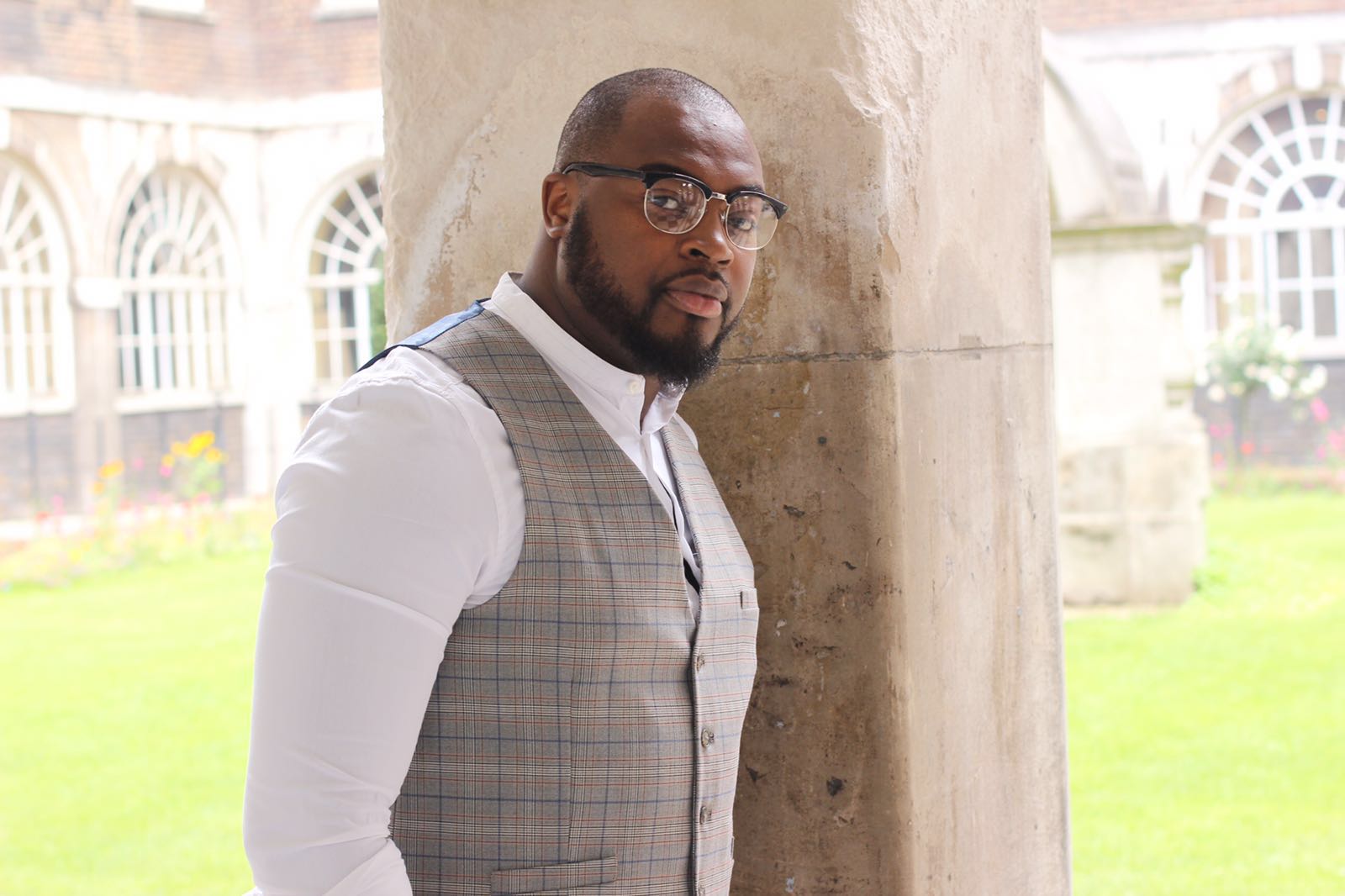 Volney facilitates various song writing and vocal workshops, his unique style has helped choirs and aided the growth of a number of singers. With his ability to pull out what is in them and push them past their comfort zone to use their talent to it’s capacity.

With his love for music Volney also established his own group back in 2006 called Volney Morgan & New-Ye, who are know for rhythmic sounds and dynamic stage presence.

In 2017 Volney’s group VM & New-Ye won the Premier Gospel Award for ‘Choir Of the Year’ for the second consecutive year. With the addition of winning a MOBO Award and UK Entertainment Award for ‘Best Gospel Act’ 2017. They also released their latest project ‘Focus Deluxe’ which showcases a refreshing sound incorporating tradition, contemporary and urban styles of music.

With his charisma and drive Volney Morgan continues to make a noticeable impact on gospel music in the UK. 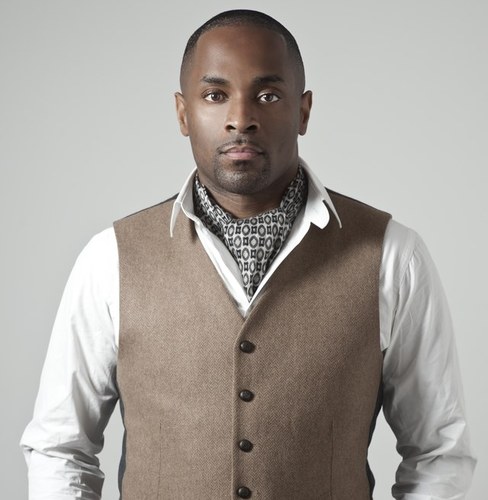 Mark De-Lisser is a voice coach and singer who specialises in choirs and contemporary choral arranging. With an MA in Voice Studies from the Central School of Speech and Drama, Mark is a voice practitioner who regularly lectures on all aspects of the voice and it’s uses. He is always keen to allow the singer/speaker to feel real freedom when communicating either in speech or song.

This freedom is reflected in his choral work and vocal arrangements. Mark is well known for his work with and leadership of the ACM Gospel Choir, who featured on BBC1’s Last Choir Standing and have since toured with Russell Watson, sung with Beverley Knight, Alexandra Burke, Nelson Mandela and performed for the Queen at the Royal Tattoo for the past two years.

His arrangements have captured the hearts of many keeping Mark and the choir in high demand. Some of his arrangements have been published in two books by Novello, entitled Sing Out! Pop songs for today’s choirs. Mark’s is also a senior lecturer in voice and commercial music performance at the University of Westminster and director of Singology, a facility to help young singers grow and develop their singing and performance skill. 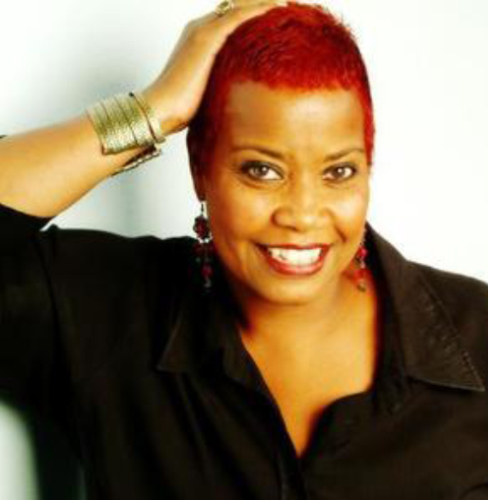 Andrea Encinas is Artistic Director of British Gospel Arts Consortium (BGA), which has set the new millennium template for gospel music’s wider engagement in the arts.

Andrea’s creative boldness has opened many doors of opportunity for herself and other people. She made ‘that call’, which gave LCGC their 1983 groundbreaking TV appearance; she’s a pioneer of gospel music in the education system, by running training programmes and providing work for gospel tutors. 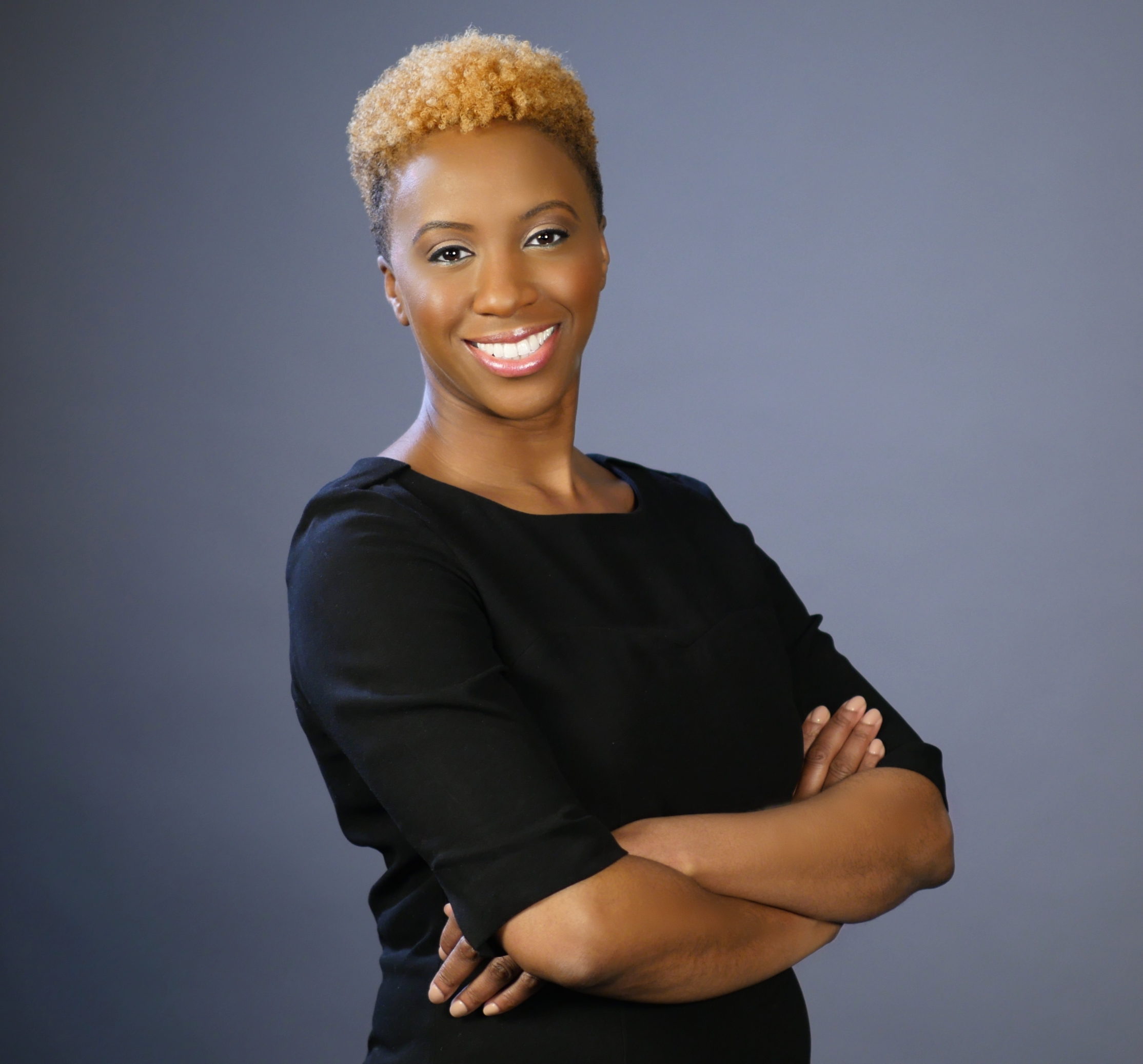 For UGCY 2016 we welcome Anu Omideyi to the judging panel.

A criminal barrister by profession, Anu began her legal career in 2001 and paused it in 2014 when other areas of her life began to flourish. She ran a successful criminal practice spanning all areas of criminal law. Anu is now the choir director and manager of the award-winning The Reapers Choir, a gospel choir that was a finalist in BBC1’s Gospel Choir of the Year 2014 and has performed in venues including 10 Downing Street for the Prime Minister, Kensington Palace, the Royal Albert Hall, the Royal Festival Hall, and the London African Music Festival 2015 and several local venues too numerous to mention.

The vocal ability of this unique singing collective has been recognised nationally and internationally, with the gospel outfit winning “Choir of the Year” and “Choir Director of the Year” (Anu Omideyi), in the Zeta Gospel Music Awards, Tennessee, USA, in October 2015. The choir was also nominated for the British Gospel Music Alliance Industry (GMIA) award for “Best Music Video by a UK Choir/Group” (JUMP Music Video Awards) in 2014. 2016 has gotten off to a great start with the choir having been booked for many future events this year including repeat appearances at the Royal Festival Hall and Royal Albert Hall again as well as appearances at Premier Gospel Week and the Christian Resources Exhibition at ExCel Centre in London. For more information about The Reapers Choir visit their website: www.thereaperschoir.co.uk.

Anu is also the director for the Hackney Community Gospel Choir which is open to anyone of any faith and any singing ability.

Other talents of Anu’s include: Songwriter & Producer Public Speaker and Host Broadcasting Leadership, inspiration and motivation 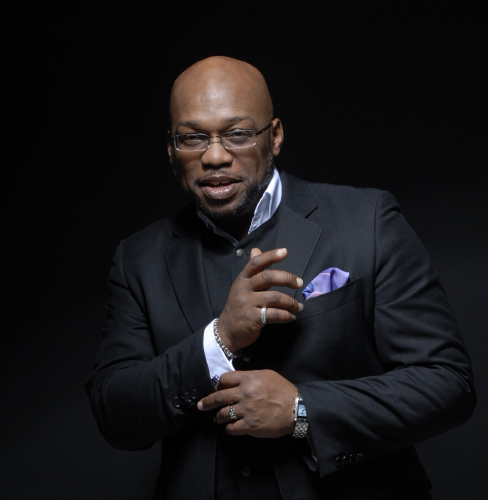 Guest judge for UGCY 2015, John is a member of one of the largest African Caribbean churches in England, the New Testament Church Of God (NTCG), which has a membership of approx. 8,000 people. He is the Minister Of Music in his local assembly in Brixton, South London.

Born 20th April 1966, known as one of Britain’s top drummers, and an all round musician, John has been around for over 30 years and is a well-known and respected face in the British Gospel Music industry.

John was the principal drummer for the first gospel musical to ever play at a major West End theatre called MAMA I WANT TO SING which starredÂ the Legendary Chaka Khan and Doris Troy. This explosive production boasted a cast of the top British gospel musicians and singers in the country at that time. They played 8 shows a week and ran for 6 months from January – July 1995.

As a drummer, John’s list of credits is quite phenomenal as you can see below.

Although his drumming engagements are not as much as back in the day, John now enjoys seeing his sons André and Dayna play drums & bass with the same vibe he showed when he played regularly.

Founder and Director John Fisher has had a long and established career within the UK gospel industry, both front and backstage. Read more about the people he has worked with over the years.